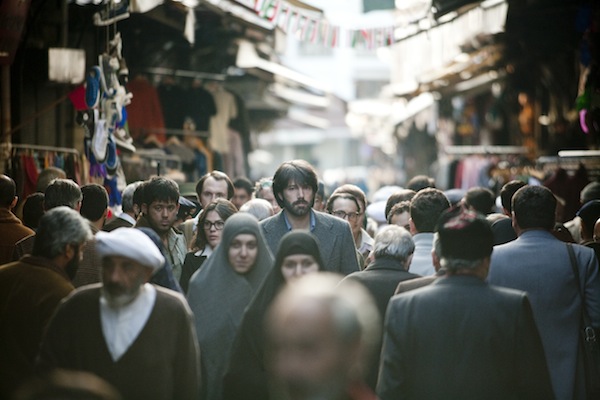 With the Oscar season picking up since last month, we are getting ready for many movies that are sure to play some role in the award season. We have seen some of the big players release already. With the release of Paul Thomas Anderson's The Master(2012) last month, which is almost sure to get nominated in all the three acting categories as well as it seems to have a good chance for Best Picture, Director as well as Screenplay. Another movie that we have already seen and is sure to play big role is Ben Affleck's Argo(2012). Based on real event in 1980 where CIA and Canadian Intelligence worked together to extract six Americans working in American Embassy in Tehran, Iran as things get crazy after the Iranian Revolution in 1979. It is almost guaranteed a nomination for Best Picture and Best Director and it also looks good to get through Screenplay nomination as well as Alan Arkin getting into Supporting category. When I saw it couple of weeks ago, it immediately jumped very high in my this year's list as well. Probably even the Best. It asserted the fact that Ben Affleck is turning out to be a fine director. I loved his first movie, Gone Baby Gone(2007) and is one of my favorites, Amy Ryan is the force to be reckoned with in it. Even The Town(2009), his sophomore effort, albeit not as good as first one it was still decent. However with the success of Argo, it should be safe to assume that he has made his transition from in front of camera to behind it and looking at his acting career, it's probably for better. However, this got me thinking about actors directing themselves on screen. I kept on thinking about the pros and cons of it and the fact there probably aren't too many to judge from wasn't helping either. I still don't know if it's for better or for worse but I knew one thing for sure. I have an idea for another post.

So, this is a list of 5 actors that have directed themselves and in my opinion are the best examples of it. I have tried to think of as many as I can and have come to finalize this list. If I have missed someone noteworthy, please remind me in the comments. What I have also done is to try and bring it to one performance rather than their whole careers which would make it easy for me and made sure they play significant part in the movie, playing at least supporting role in it(so none of the Hitchcock appearances qualify).

Honourable Mentions:
Jackie Chan in Project A(1983) - Some of you probably know that I have an immense respect for this man for his dedication and effort that he usually puts into his movies considering the fact that he does all his stunts by himself and then he also directs stuff.
Aamir Khan in Taare Jameen Par(2008) - Aamir Khan is kind of a rarity in Indian Industry since he is one of the very very few acting superstars. It does not lack either superstars or actors but being both seems to be off the table. He certainly isn't as good director as any one on the list and has done only one feature but being an Indian myself, I never loose an opportunity to gloat.

Getting into the final five, in alphabetical order - 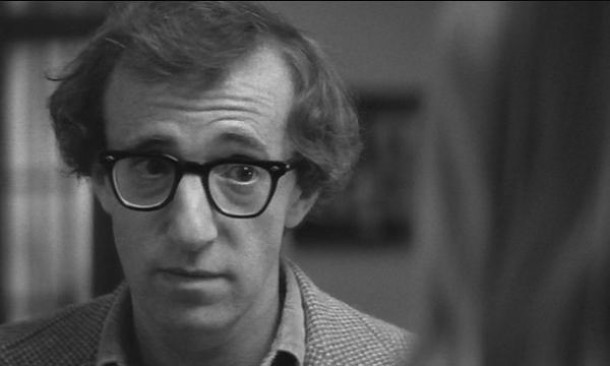 Woody Allen in Manhattan(1979) - I don't think anyone making such list will not have Allen on it. He is just that good. To tell you the truth, I have him in very high regards as a director but not so much as an actor. To me all his characters look just the same and more often than not very good in getting under my skin. Take Crimes and Misdemeanour(1989) for example. For the record, I like this film and will probably rank it in 10 Best movies he did in his career but if there is one problem in it, that's Allen's character and his storyline. I swear you can edit whole of his story out and show it to someone, he wouldn't even notice something is missing. But in Manhattan, which not so incidentally is also my favorite Allen movie, everything works so wonderfully starting from that unforgettable opening monologue. It's not just that the story of multiple love triangles which otherwise easily might have failed works here because of the interwoven characters but it actually fascinates me here. 42 year old middle aged man who was married to a lesbian previously, now dating a 17 year old high-school-er and falling for his best friend's mistress - definitely something I will have problem with but I LOVE it when he goes running back to Tracy in the end. Oh and I haven't even mentioned probably the most fascinating thing - crisp, clear and Black and White Cinematography. That thing alone is enough to make you fall in love with New York City. 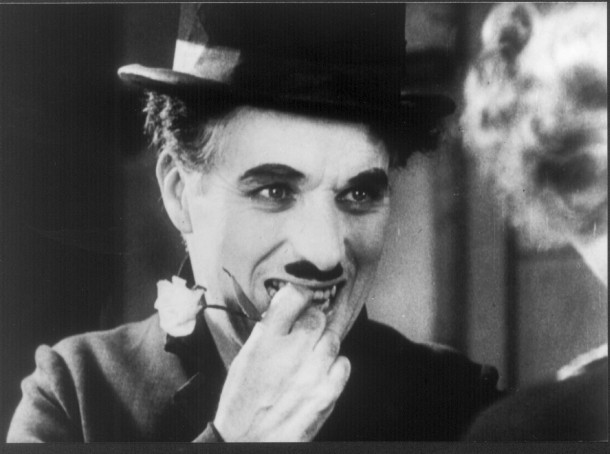 Charlie Chaplin in City Lights(1931) - Another contender that has to make this list, no exception. I have been watching Chaplin run around and do his thing even before I was old enough to know who he was. Only real problem for me here was narrowing it down to one single performance since there are SO MANY. There is Modern Times(1936) with some of the most memorable gigs, then there is The Great Dictator(1940) and that last speech. There is also The Gold Rush(1925) and The Kid(1921) and The Circus(1928) and plenty more that I don't even know. Only reason that always tips the scale a little towards City Lights whenever I think about Chaplin is that amazing last scene. If ever there was so earnest, so sublime scene anywhere else, I do not have any knowledge of it. There is a reason why this movie took the top spot in inaugural Sight and Sound poll, right? What's more is it expertly balances some of the most humurous gigs that Chaplin was most famous for - boxing match in City Lights is just as hilarious as Lunch feeding machine in Modern Times or Chaplin eating his own shoe in The Gold Rush(1925) or any other routine he did in any of his other movies that made you laugh out loud - with some of the most heartfelt, emotional scenes. It is this mixture with just the right proportions that probably has kept this wonderful movie just as fresh even 80 years after its release. It's an absolute bliss !! 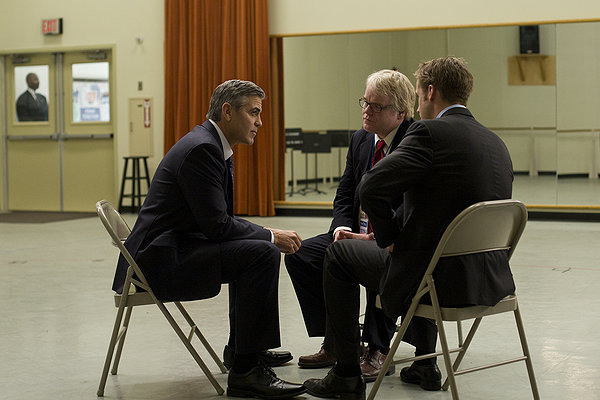 George Clooney in Ides of March(2011) - He is the youngest in the list and I hope there isn't any second guessing about his acting prowess but if you look at his directorial record, probably even the least experienced. But then again, look at his track award and tell me if he doesn't deserve his place on this list. I haven't seen the Leatherheads(2008) yet but based on just the other three, I am pretty assured that he will turn out just fine. Look at the line-up he has assembled for his next. With his strong political inclinations which are pretty evident even in his real life as well, he also has equally strong sense of morality full-on display in many of his projects. As for the performance in question, let me tell you first that I consider Good Night, and Good Luck(2005) to be a better film based on David Strathairn's singular, central performance alone (I even have a proof here) but George Clooney has a considerably minor role in it. Ides of March(2011) probably isn't as solid as the former but it has one of the best ensemble cast of Ryan Goslin, George Clooney, Philip Seymour Hoffman, Paul Giamatti, Evan Rachel Wood and Marisa Tomei and even more importantly, particularly strong performances from every single one of them. Since I am pointing out single performance for each director with more focus on acting(Title of the post is 'Actors directing themselves' and not the other way around), Ides takes precedence over Good Night, and Good Luck. 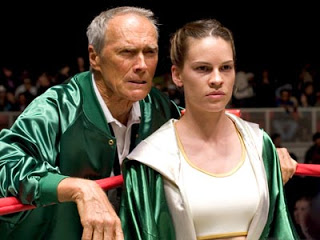 Clint Eastwood in Million Dollar Baby(2004) - Will you be surprised if I say that my introduction to Clint Eastwood wasn't with his classic days with Sergio Leone and his cowboy stuff? It actually started with his much more modern work, more precisely his directorial work like Letters From Iwo Jima(2006), Unforgiven(1992) and most importantly, above mentioned Million Dollar Baby(2004). I now have seen a lot more movies he did either as a director as well as an actor but still except for the Dollar trilogy and Dirty Harry(1971), I still haven't seen much in his filmography before Unforgiven, more specifically Mystic River(2003). However even with this limited view, he was the first person I thought of while thinking about this post and once again, only real problem was to narrow it down to the single performance to highlight here. It finally came down to either Unforgiven or Million Dollar Baby, two movies he promised will be last where he will direct themselves and ended up breaking his own promise both the times. But as much as I like slow burn of Unforgiven and it's feat as modern western, Million Dollar Baby should have to take the cake, once again if nothing else for the last 20 minuets or so. I do not understand much about boxing but even then, this movie goes into so many technicalities of it that I have to agree there has to be some authenticity to it. It can well be a coincidence that both these movies have Morgan Freeman in them. But I think Not. 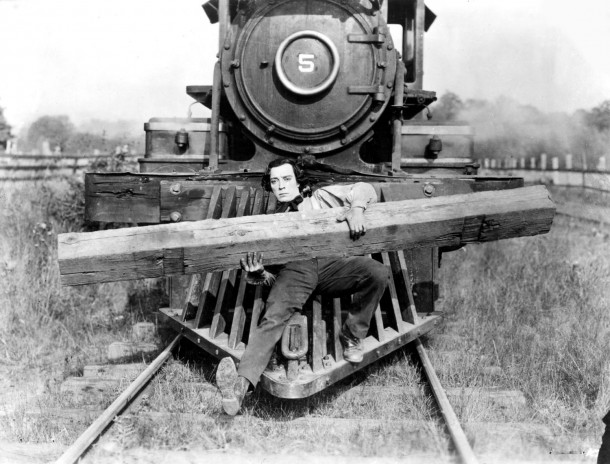 Buster Keaton in The General(1926) - Ever since I was a little kid, I have been watching Chaplin and his movies and have always loved him. You can say that I have been brought up on them in every sense of the word. Up until a year ago, I didn't even know who Buster Keaton was. Imagine my surprise when all of a sudden, I see people comparing this unknown personality with someone as great as Chaplin. Some even went ahead to say he was even better than Chaplin. I was infuriated. I thought have they even seen Chaplin's work? Well, the real fact was I had not seen any of Buster's work. Even right now when I am writing this I have only seen 2 of his movies, one of which i.e. Sherlock Jr.(1924) I didn't even care about and two more, Steamboat Bill Jr. (1928) and Our Hospitality(1923), sitting pretty in my Netflix queue. But just from the first Buster Keaton that I saw was enough to convince me that this man has a real talent. The General convinced me that people who compare him with Chaplin, who say Buster was even better than Chaplin have a strong case; even though personally I still hold Chaplin in higher regard. The best part of The General is it has a story from start to end, it has a direction and it has superb flow. Even though there are a bunch of gigs in it, some of them 'laugh out loud' funny, they come while story progresses. So the story wasn't written to make room for the them, his antics were designed to suit the story. Add to the fact that Buster Keaton did them all by himself and with real locomotive.

P.S.: A Little over week ago, Leith Aitken at Ramble Film put his own spin on the same list. Go, Look.
Posted by SDG at 11:59 AM