'Paris' tells us to be Happy 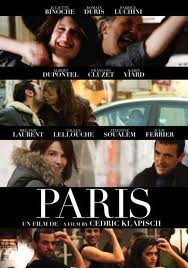 All these characters are interwoven subtly. Elise's daughter is friends with Jean's daughter. Jean has his shop in market close to Pierre's house and Laetitia lives right across Pierre, who observes her from his window, his favorite past-time now that his condition has restricted him a lot.He also observes other people around him like Khadija, who works in Bakery he goes to quite often and one more worker who collects garbage from his apartment. Jean is hung over Daniela, his ex and business partner but doesn't realize it until she gets killed in Road Accident. He watches her everyday flirting with his friends and tries to be indifferent but after she dies feels his responsibility to fulfill her last wish. Roland is a jaded professor embarrassed to be infatuated by his own student and saddened by usual joys of his brothers life because he is lonely and tells him that he is normal as if it is something wrong.

Like any other ensemble film, Paris(2008) has a lot of characters. It gives us a lot to ruminate about Life and Love. Everyone has its own story which actually makes it a really complex film but hey! Life is Complex. You need to simplify it. Everyone has worries and you will always have worries. But we need to go beyond it to appreciate the beauty of life. Actually this was one of the reasons I liked this movie. It goes a little above 2 hours and still feels short because all the characters are strong and real like you and me. It thankfully does not follow the cliched 'All is well that ends well' pattern. Rather This film doesn't attempt to answer all the questions it raises, it rather tells you that not all the questions have answers(This reminds me of 2nd July night I spent in New York when me and some friends were trying convince one other friend the exact same thing). As Pierre says in the end you just need to know that you are really lucky to be living. My only regret is Melanie Laurent doesn't talk much, though she looks stunning which is more than I can ask for and she gives what is needed from her character - strong presence with a captivating Face. 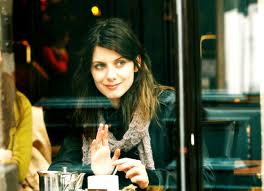 Some of my favorite dialogues from various films 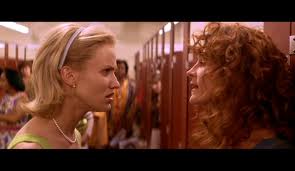 My Best Friend’s Wedding(1997)
Julianne: I'm pond scum. Well, lower actually. I'm like the fungus that feeds on pond scum.
Michael: Lower. The pus that infects the mucus that cruds up the fungus that feeds on the pond scum. On the other hand, thank you for loving me that much, that way. It's pretty flattering.
Julianne: Except it makes me fungus.
Juno(2007)
Bren: Oh, you think you're so special because you get to play Picture Pages up there? Well, my five year old daughter could do that and let me tell you, she's not the brightest bulb in the tanning bed. So why don't you go back to night school in Mantino and learn a real trade.

Pulp Fiction(1994)
Jules: The path of the righteous man is beset on all sides by the iniquities of the selfish and the tyranny of evil men. Blessed is he who, in the name of charity and good will, shepherds the weak through the valley of darkness, for he is truly his brother's keeper and the finder of lost children. And I will strike down upon thee with great vengeance and furious anger those who would attempt to poison and destroy my brothers. And you will know my name is the Lord when I lay my vengeance upon thee.
My Cousin Vinny(1992)
Vinny Gambini: I bought a suit. You seen it. Now it's covered in mud. This town doesn't have a one hour cleaner so I had to buy a new suit, except the only store you could buy a new suit in has got the flu. Got that? The whole store got the flu so I had to get this in a second hand store. So it's either wear the leather jacket which I know you hate, or this. So I wore this ridiculous thing for you.

The Dark Knight(2008)
Harvey Dent: You either die a hero or you live long enough to see yourself become the villain.

The Joker: This city deserves a better class of criminal. And I'm gonna give it to them!

As Good As It Gets(1997)
Carol: I don't quite get how that's a compliment for me.
Melvin: You make me want to be a better man.
Carol: ...That's maybe the best compliment of my life.
Melvin: Well, maybe I overshot a little, because I was aiming at just enough to keep you from walking out.

Inception(2010)
Cobb: Dreams fell real when we're in them. Its only when we wake up that we realize something was actually strange

Goodfellas (1990)
Tommy DeVito: I'm a little f*cked up maybe, but I'm funny how, I mean funny like I'm a clown, I amuse you? I make you laugh, I'm here to f*ckin' amuse you? What do you mean funny, funny how? How am I funny?

The Sound of Music(1965)
Maria(to Butler):  I'm from the convent. I'm the new governess, captain.
Butler: And I'm the old butler, fräulein.

Inglourious Basterds(2009)
Lt. Aldo Raine: You probably heard we ain't in the prisoner-takin' business; we in the killin' Nazi business. And cousin, business is a-boomin'.

The Godfather(1972)
Don Corleone: I'm gonna make him an offer he won't refuse.