2013 is officially off and kicking now. With Gangster Squad(2012) out last week, we even had our first notable release of the year as well. 2012 was a great year for cinema, one when the ticket sales went up for a change. Even though I am still scrambling to wrap-up the last year with some of the movies that have missed through the cracks, I think it is time to see if 2013 can be as good a year as 2012 was, it is look forward to what the next year has in store for us. So, today I give you the list of some of the movies that I am looking forward to this year. We have very limited information about most of the movies on the list right now. Some of them are bound to disappoint, some movies that are not in the list will probably surprise me as well but I think it will be interesting to see what do I think of these movies at around the same time, next year. Here we go.


Honourable Mentions:
The Great Gatsby - I would have been much more excited for it, had it been released in 2012. And even though I loved Moulin Rogue(2001), Baz Luhrmann can be a hit or miss.

Only God Forgives: After Drive(2011), Nicolas Winding Refn is teaming up with Ryan Gosling once again and is taking us into the kick boxing world of Thailand. What's not to like?

Gravity: I am not a big fan of Alphonso Cuaron or Sandra Bullock but I won't turn my head from them either. Story doesn't look half bad and Mr. Clooney is there. So, we have hope. Let's see how much it delivers.

Passion: In my opinion, Brian De Palma is an over-indulgent director who takes his movies a little too far. But after last year's Love Crime(2010), I have hopes from this movie. If De Palma can keep him in check, it can be something worth watching.

The World's End - Only reason this is in the honourable mentions and not in the actual list is because I still haven't seen Hot Fuzz(2007). But Shaun of the Dead(2004) is one of the best comedies I have seen and if it is anything like that, I am game.

And now, 10 movies that I am really looking forward to this year, in no particular order. 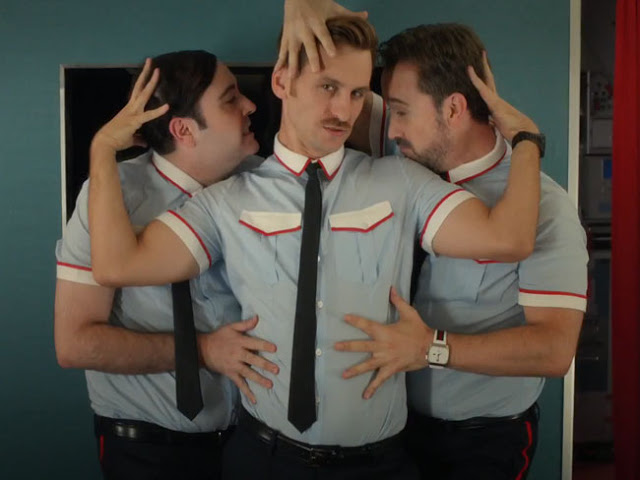 I'm So Excited: We couldn't have started with a better title. All I need to know about this movie is it's directed by Pedro Almodovar. All I DO know about this movie is it's directed by Almodovar and casts Paz Vega, Penelope Cruz and Antonio Benderas. Over the last couple of years, I have sat through a bunch of his stuff. Like Every movie Almodovar does, this will probably make me a lot uncomfortable and ask questions that I'll probably won't want to talk about openly. But despite knowing that, I go and watch Almodovar movies because I cannot deny the fact that each and every one of them is a real piece of art. This one won't be any different.

The Wolf of Wall Street: Not only Martin Scorsese is back after endearing Hugo(2011) little over a year ago, this is Scorsese once again teaming up with Leonardo DiCaprio. Looking at their track record, this should be a good enough selling point. But off course, there is more. They have assembled quite a good cast however most important thing from my point of view, is they have an intriguing storyline. "Story of a Long Island Penny Stockbroker who served 20 months in prison for refusing to cooperate in massive security fraud case that involved the corruption on wall street, banking world and also mob infiltration" I am Sold.

Inside Llewyn Davis: This is Coen Brothers returning to the scene after True Grit(2010) couple of years ago. Coen Brothers have tried some unconventional casts in last few movies they have done and more importantly, made every single one of them work perfectly. This is yet another unconventional cast of Oscar Isaac, Carey Mulligan, Garrett Hedlund, Justin Timberlake plus Coen Regulars like John Goodman. We still don't have a trailer or a poster or even a synopsis for this February release but if anyone can make this work, it will be Coen Brothers. Plus No Deakins who does play a major role in their movies. So that should be interesting too.

Twelve Years a Slave: Discounting some of his shorts, Steve McQueen has only made two movies but they are Hunger(2008) and Shame(2011). I don't think I know any director whose first two movies are as good as these two. So, after that if he wants to shoot a movie about how to eat a matchbox, rest assured I will be there. But being Steve McQueen, he isn't. He is making a movie on slavery and even if look at the cast he has assembled, I am sure you will be as excited as I am - Chiwetel Ejiofor, Quvenzhane Wallis, Brad Pitt, Michael Fassbender, Benedict Cumberbatch with Paul Dano, Paul Giamatti, Sarah Paulson and many many more.

The Monuments Men: Over the past few years, George Clooney has turned into a man who can do no wrong. Almost every project he has touched has become successful. Even his directorial efforts aren't any different. Following his usual line of movies with political background and a strong moral message, he is going into the holocaust period focusing on group of art historians and museum curators trying to save the renown pieces of art that Nazis have stolen from destroying. With a strong cast of Clooney himself, Cate Blanchett, Matt Damon, Daniel Craig with Bill Murray, John Goodman and Jean Dujardin, this will be worth the wait till December. 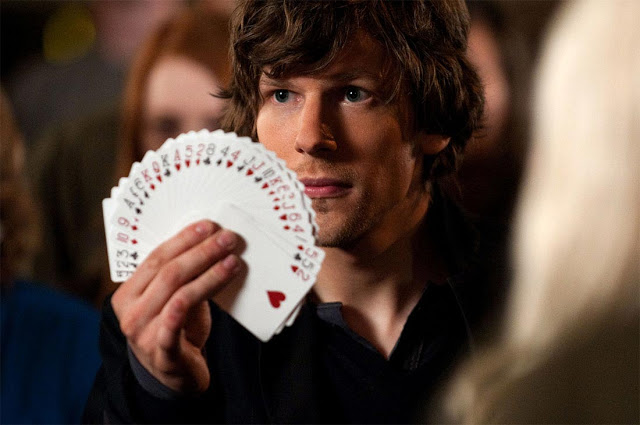 Now You See Me: Up until the moment I saw the trailer for this movie, this was no where on my radar. I wasn't even aware of it's existence. Even now, I have no interest in any of the director's previous films but the trailer of this movie was one of the bests I have seen and got me really intrigued. The Concept of FBI agents tracking a team of magicians pulling of actual bank robbery during their performance sounds quite interesting. Also cast of Jessie Eisenberg, Mark Ruffalo, Woody Harrelson, Isla Fisher, Melanie Laurent, Dave Franco with Martin Freeman and Michael Caine should be worth seeing.

Before Midnight: Third installment of Richard Linklater's trilogy following Before Sunrise(1995) and Before Sunset(2004). When I first heard about the possibility of such a film, I kind of shrugged it off. After all, it's 9 years after the second installment and there is no indication in Before Sunset that we need any follow-up of that. But then I realized there is a 9 year difference between first two as well and if someone asked me in 2004, I probably would've made the same argument against Before Sunset and guess what, I ended up loving it even more than Before Sunrise. So lesson learned. I am not going to write it off or at least till I have seen it.

Her: Like Wes Anderson or Quentin Tarantino, Spike Jonze movies are first and foremost Spike Jonze movies, if you know what I mean. Now I wasn't crazy about Adaptation(2002) neither was I head over heels for Being John Malkovich(1999) but I saw both these movies out of sheer curiosity based on the insane story lines. I also think they went a little too far delusional but still I can not deny how unique these movie are. Her looks like yet another venture in a similar direction. Plus, it has Amy Adams in it. I have seen every movies she has done in a last decade and I have no intention of breaking that streak.

Labour Day: Jason Reitman is another director who might have very few movies on his resume but I think the fact that every single one of them impressed me a lot makes up for that. It seems like he makes 1 film with Diablo Cody then one without her. This is his 'without' turn. So if it is anything like Up In the Air(2009) or even Thank You for Smoking(2005), even though for a strange reason it reminds me of Little Children(2006), I am ready to wait. From the looks of it this might be his most dramatic movie yet but he does have a great cast of Kate Winslet, Josh Brolin and Jacki Weaver along with others to carry it.

Lowlife: I have actually not seen any movie James Gray has directed. So, I am taking a kind of blind shot here as I am not sure what exactly to expect from this. But the first thing that caught my attention was its eclectic cast. Jeremy Renner, Joaquin Pheonix and Marion Cotillard is a really interesting cast which can do wonders together. Plus, what little we know about the plot makes me further intrigued. An Immigrant woman, dazzling magician, Ellis Island. I don't really know much about this movie right now but from what I do, It is safe to say I am excited for it. Hopefully by then I would seen some of the Gray's movies and it will be worth it.